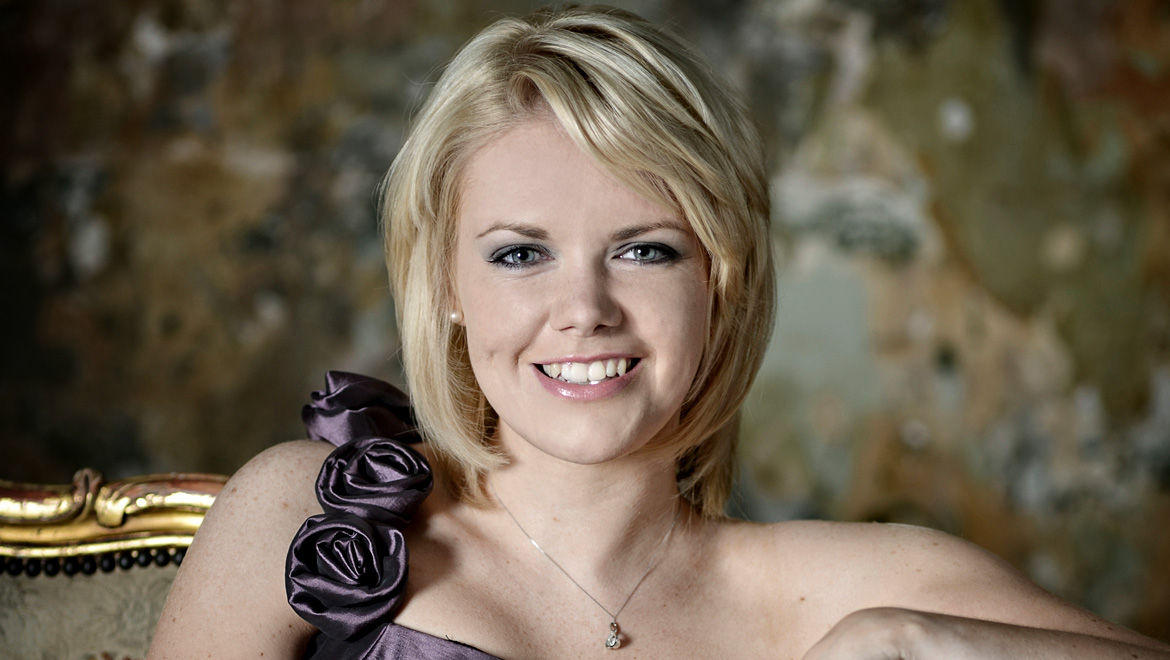 She was a BBC New Generation artist between 2015 and 2017 and between 2010 and 2013 was a YCAT artist (Young Classical Artists Trust). Featured as The Times Rising Star of Classical Music 2012, Kathryn made her debut to critical acclaim with English National Opera as Cherubino (The Marriage of Figaro) in a production directed by Fiona Shaw, and at Opera North as Sesto (Giulio Cesare). Her concert work has included recitals at Wigmore Hall, Bridgewater Hall, the Brighton, City of London Festivals, and Cheltenham Festival (Broadcast by BBC Radio 3), and a performance of Carmen as part of Charles Hazlewood’s 2012 Orchestra In a Field music festival at Glastonbury Abbey. She repeated the role of Cherubino (Le Nozze di Figaro) with Glyndebourne Touring Opera and in 2013 returned to Opera North in the roles of Annio (La Clemenza di Tito) and Hermia (A Midsummer Night’s Dream).

On the concert platform Kathryn has appeared as soloist on several occasions with the Royal Liverpool Philharmonic Orchestra working with conductors Vasily Petrenko, Carl Davis and John Wilson. She has sung Beethoven’s Symphony No.9 with the Philharmonia Orchestra conducted by Paul Daniel at the Royal Festival Hall, Mahler’s Das Knaben Wunderhorn at Bridgewater Hall, Mendelssohn’s St Paul with the Huddersfield Choral Society, Karl Jenkins The Armed Man with Manchester Camerata and Berio and Hesketh Songs with the RLPO Ensemble 10/10.

In summer 2014 Kathryn appeared with the RLPO in the premiere of Michael Nyman’s Hillsborough Memorial Symphony and she has recently recorded a CD of English song with pianist James Baillieu which was released by Champs Hill Records under the title ‘Love’s Old Sweet Song’.

Recent and future engagements include Dorabella (Cosi fan tutte) for Garsington Opera, Rosina (The Barber of Seville) for English National Opera, Nancy (Albert Herring) for the Buxton Festival, Zerlina (Don Giovanni) for Opera North as well as concerts with the BBC Philharmonic and BBC Scottish Symphony Orchestras, Hamburg Symphony Orchestra, Bach Choir, the Royal Liverpool Philharmonic, the Philharmonia at the Three Choirs Festival, BBC National Orchestra of Wales at the BBC Proms,  as well as recitals at the Wigmore Hall, Oxford Lieder Festival, Glynde Place, Milton Court, Pembroke College and at the Chiltern Arts, Oxford Lieder, Ryedale and BBC Proms Festivals. Recordings include Leoncavallo’s Zaza and Bellini’s Adelson e Salvini as well as Donizetti’s Il Paria all for Opera Rara, Elgar Songs and Coates songs both for Somm, Songs by Donald Swann for Hyperion as well as many recordings for the BBC.  Future recording plans include discs of  Hamilton Harty and Strauss for Somm and Elgar’s Sea Pictures with the Royal Liverpool Philharmonic Orchestra.