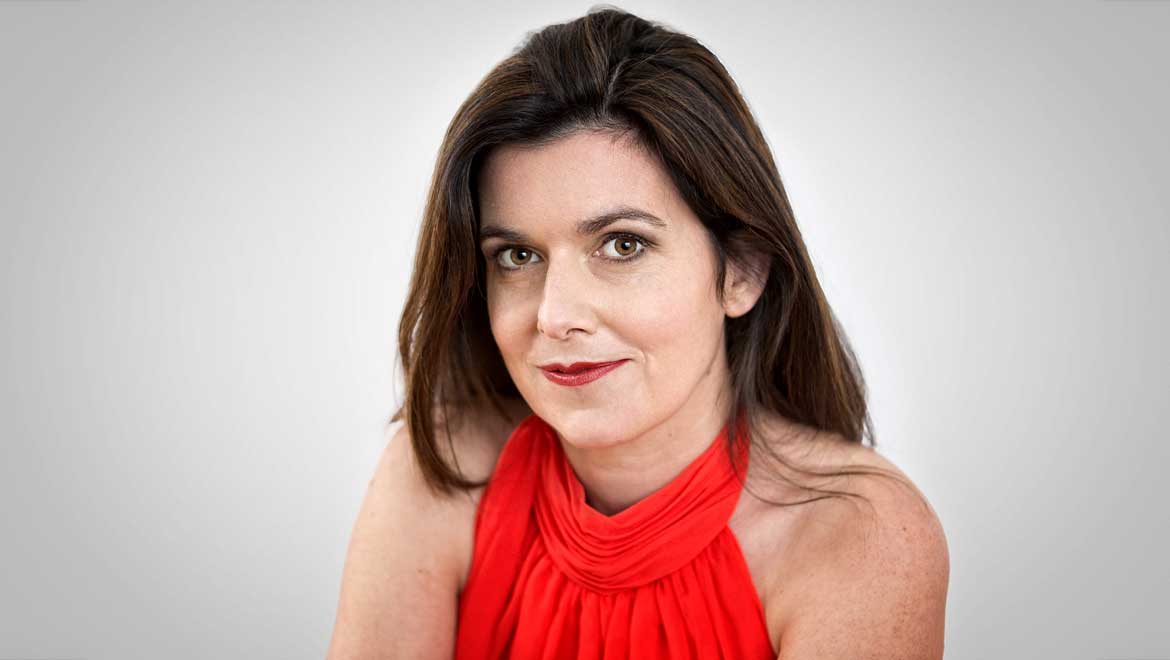 Victoria Simmonds studied with David Pollard at the Guildhall School of Music and Drama where her roles included Rosina/Il barbiere di Siviglia, Tina in Argento’s The Aspern Papers and Celia in Haydn’s La Fedelta Premiata.  She is a recipient of the Countess of Munster Prize. In 1999 she sang an acclaimed Rosina for British Youth Opera, Erika in the UK premiere of Barber’s Vanessa, Sesto/La Clemenza di Tito for Glyndebourne Touring Opera as well as covering Annio/Clemenza and Stewardess/Flight for the Glyndebourne Festival.

In 2000 Victoria Simmonds appeared at the Royal Opera House in the English Bach Festival’s production of Handel’s Oreste and made her English National Opera debut as Nancy T’ang, First Secretary to Mao in Adam’s Nixon in China, conducted by Paul Daniel and directed by Peter Sellars.  She was a company principal at English National Opera from 2000 to 2005 where her roles included Cherubino/Figaro, Mercedes/Carmen, Zaida/The Turk in Italy, Pitti-Sing/The Mikado, Ascanius/The Trojans, Rosina/The Barber of Seville, Dorabella/Così fan tutte, Hermia/A Midsummer Night’s Dream and Zerlina/Don Giovanni.   During the summer of 2001 she sang a staged performance of Handel’s solo cantata La Lucrezia at the Batignano Festival in Italy, and other festival engagements include the title role in La Perichole in the 2002 Buxton Festival, Ines/Maria Padilla in the 2003 Buxton Festival, the title role of Carmen for Raymond Gubbay Limited at the Royal Albert Hall in February 2005,  Isolier/Le Comte Ory for Garsington Opera,  Meg Page/Falstaff for Grange Park Opera and Olga/Eugene Onegin for Opera Holland Park.  In the spring of 2005 she made her debut at the Netherlands Opera singing Lucienne/Die Tote Stadt (Korngold).  In the 2006 Aix Festival she sang Wellgunde/Das Rheingold conducted by Sir Simon Rattle, also in a concert version with the Berlin Philharmonic in Berlin and at the 2007 Salzburg Easter Festival.  In 2007 she sang the title role in Ravel L’enfant et le sortiligès at the Concertgebouw, and sang the title role in the world première of Jonathan Dove’s Pinocchio for Opera North to much critical acclaim.  The role was reprised in 2010.

Victoria Simmonds appears in recital and concert throughout the UK and Europe and recent concert engagements have included the Philharmonia in the Royal Festival Hall, Janacek Diary of one who disappeared for the Hallé, Ascanius/Les troyens with the London Symphony Orchestra and Sir Colin Davis at the 2003 BBC Proms, Mendelssohn’s A Midsummer Night’s Dream at the BBC Proms, de Falla’s El sombrero de tres picos with the Royal Scottish National Orchestra under Neeme Järvi at the 2007 Edinburgh International Festival, Mozart Coronation Mass in the Salzburg Festival with the Mozarteum Orchester and Ivor Bolton, and a recording and concert of Rossini’s Ermioni for Opera Rara.

Recent and future operatic commitments include Fox / The Cunning Little Vixen and Meg Page / Falstaff for Garsington Opera, a new commission by Luke Bedford  for Royal Opera House, Mad Hatter and Alice’s Mother/ Alice in Wonderland, Minsk Woman in Jonathan Dove’s Flight, Angelina/Cenerentola  and Donna Elvira / Don Giovanni for Opera Holland Park, Angelina for Danish National Opera,  Boy in Joanna Lee’s Way Back Home for English National Opera, performances of Janacek: The Diary of One who Disappeared at the Wigmore Hall and the Wattens Festival, the title role / Mignon for New Sussex Opera, a concert performance of Pinocchio with Cambridge Philharmonic, Brangaene / Tristan und Isolde in concert at the Saffron Walden Concert Hall and Minsk Woman and Hippolyta / A Midsummer Night’s Dream for Scottish Opera.   She has sung the roles of Angel 2 and Marie in Written on Skin, by George Benjamin at the Netherlands Opera, Toulouse, Lisbon, Opéra Comique in Paris, The Royal Opera House Covent Garden, La Scala Milan, Lincoln Centre New York, the Wiener Festwochen, and the Bavarian State Opera Munich.  In 2018/19 she will reprise these roles in a European Tour with Mahler Chamber Orchestra, in Moscow and at the Beijing  and Venice Biennale Festivals.

Other recent and forthcoming engagements include a tour to Singapore as well as concerts in London with the London Sinfonietta, Janacek Glagolitic Mass with Cambridge University Music Society, Beethoven 9 for Garsington and for the Xi’an Symphony Orchestra, Verdi Requiem for GSMD, The Dream of Gerontius in Wells Cathedral and with Berliner Kantorei, concerts with the Nash Ensemble at the Wigmore Hall, Tippett’s A Child of our Time with Auckland Philharmonic, Messiah with the Orquesta Sinfonica Castilla y Leon, Britten Spring Symphony with the Royal Liverpool Philharmonic Orchestra, concerts with the Orchestre Philharmonique de Radio France and a recording of Offenbach Fantasio for Opera Rara.